We grew up in Asian immigrant households where our family’s kitchens were filled with wonderful colors, flavors, and aromas from a diverse set of flavorful Asian ingredients. While our families primarily used ingredients familiar to them from Taiwan and Thailand, they always stocked Asian ingredients from other regions like China, Japan, Korea, and Indonesia from our local Asian supermarkets.

Although some Asian ingredients can appear intimidating, most are super simple to use and are a great way to add a unique twist to your recipes.

If you’re looking to spice up your home cooking with a dash of Asian goodness, we’ve got you covered!

Below is a list of our favorite top 10 Asian food ingredients you can use to take your home cooking to the next level.

Let’s check them out.

While there are hundreds of ingredients that make the foundation of Asian cuisine, we feel like these 10 ingredients are great for not just your Asian recipes, but for home-cooking in general.

Oyster sauce is the ultimate flavor developer for a mix of sweet and savory dishes, so much so that it’s often called ‘liquid umami’.

On the other hand, soy sauce has a salty kick and is often called ‘liquid salt’!

This Japanese favorite is a balanced blend of both, with a rich flavor profile and a unique smell that’s a mix of fishy and beefy. However, unlike other blends, it still somehow manages to let the individual oyster and soy sauce flavors shine through.

Asamurasaki is made with umami extract from Hiroshima oysters, combined with hand-made Honjo soy sauce. The result is a thick, silky sauce that is the perfect ingredient for Asian and fusion cuisine.

One of the best cooking sauces in our opinion, Asamurasaki is perfect for adding flavor to ramen recipes, or even just drizzling over some fried chicken.

A relative of ginger and turmeric, galangal has a slightly more peppery taste and is a mainstay among various soups and curries in Asian comfort food.

The spicy ginger alternative is also called ‘Thai ginger’ and is used in Indonesian rice dishes, as well. You can basically include galangal in any dish where you need a strong aroma-flavor combo, without the typical lingering heat of ginger.

Some recipes such as Tom Ka Gai (Thai chicken galangal soup) and Satay (Indonesian chicken on skewers) use galangal as a primary ingredient.

While it’s usually sliced or chopped for most recipes, you can also finely grate or mash it into a paste to add some texture to soups.

Overall, galangal is ideal for adding a tasteful heat to vegan Thai food, as well as any dish that requires ginger as a main flavor-maker.

Arguably the king of seafood pastes, shrimp paste is the ideal condiment for adding a salty, fishy flavor to otherwise plain dishes.

There’s no definitive version of shrimp paste. However, there are two distinct varieties. The salty one is better known, and the slightly spicy-sweet one is less common (albeit just as delicious).

Dishes with shrimp paste include curries, soups, fried rice, and fried rice. It’s even a part of other condiments and sauce mixes, such as sambal.

You can use shrimp sauce either right out of the jar/can, or saute it slightly to add even more richness. Be careful though – it’s full to the brim with salty goodness. You generally don’t need to add additional salt if you’ve added this to a dish.

This is one spice of which all variations work amazingly well as flavor enhancers or alternatives to salt.

Fresh, bright, and zesty. A vibrant bowl to slurp under the cool shade on a warm afternoon. Abundant with notes of lemongrass, citrus, and chili. 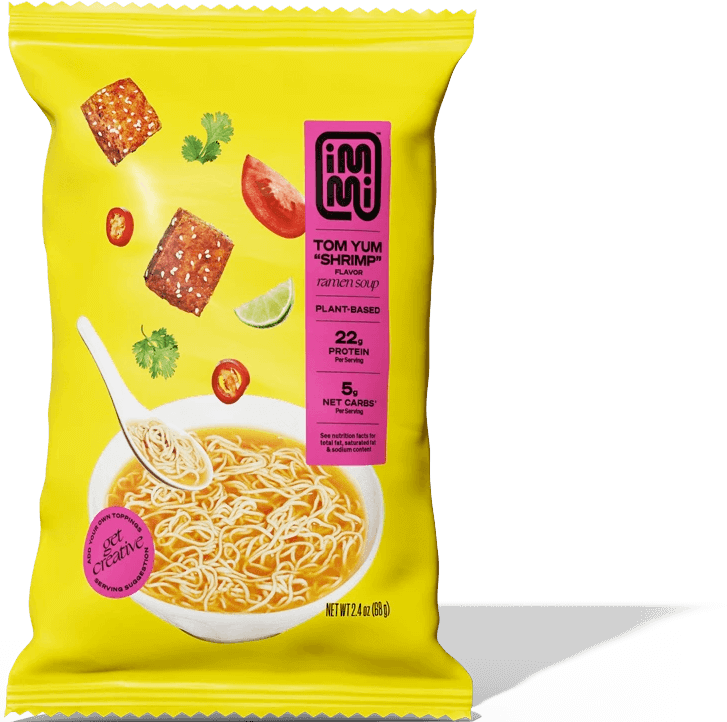 Shallots are commonly available around the world. However, this sweeter and more delicate member of the onion family is not used as frequently in dishes over here.

A mainstay of Asian food along with the green onion, shallots have a more intense flavor with less heat than yellow and white onions.

These little nuggets of flavor are extremely versatile. They’re typically finely sliced and fried to be used as a crispy topping on porridge, soups, rice, and curries.

They’re also a primary ingredient in Thai salads such as Yam So O and Yam Khai Dao, both of which use raw sliced shallots to add a nice sweet heat and light crunch.

What’s great about shallots is their natural sugar content. They caramelize much better than onions and are best as a more flavor-rich alternative to sauces and curries that require onion.

The basis for the bold flavors of Sichuan cuisine, Sichuan peppercorns should definitely be among your top 10 Asian spices list.

These are technically not peppers, but a dried berry native to the Chinese Sichuan region. The berries are dried and then either crushed or powdered before being added to recipes.

Interestingly, Sichuan peppercorns are not spicy at all! In fact, their taste is more akin to a citrusy, sharp berry that gives a tingly numbing feeling inside the mouth.

While they’re not actually a replacement for black or white pepper, you can use these peppercorns as an alternative to both in dishes that require a more flavorful heat. Be careful not to add too many though, since they can numb the tongue a little too much.

It’s also a prime ingredient in Chinese Five-Spice powder. If you’re making some, try changing up the recommended amount for different levels of flavor.

Hearty, rich, and spicy. A broth that takes your tastebuds on a trip across the world. Brimming with notes of Sichuan peppercorns, anise, and fennel.

Shaoxing wine is a common ingredient in Chinese meat and fish dishes, adding a flavor complexity and richness that you won’t find with regular cooking wines.

There’s a theory in the US (the entire West, actually) that this full-bodied cooking wine is the secret behind why your home-cooked Chinese food never tastes like what you get at a restaurant. There may be other factors to that as well, but, this wine is definitely one of them.

This rich, deep amber-colored wine can also be consumed like regular wine. However, this version is usually aged more than the cooking version.

You can use Shaoxing wine as a replacement for any cooking wine, no matter which recipe you’re whipping up. Additionally, it’s perfect for deglazing or as a jus to drizzle over a juicy steak or some other meat dish.

Kerisik is a roasted coconut paste that’s used to thicken curry, soup, and a few other types of broth, as well as to add richness to fried rice. It also adds a rich, buttery taste that’s slightly smoky too, depending on how it’s prepared.

A key ingredient in several Malay dishes, the consistency of kerisik depends on the usage.

For example, a finer paste is used to thicken curries, while a slightly more grainy version is used in dishes such as rendang. Basically, you can add it to any curry that requires a rich, nutty flavor with mild sweetness.

One good way to use kerisik is to crush crispy fried shallots and add them to the paste. This will actually enhance the already rich flavor and add an irresistible aroma.

While you can buy packaged kerisik, it’s not recommended, since it starts to go off after a while. Instead, you can simply toast fine coconut slivers until they’re golden-brown, then pound them with a mortar and pestle until they’re creamy.

Lemongrass has an incredibly fresh and citrusy smell that can add a refreshing aroma to your salad or stir-fry dish.

In addition to that, it’s used to make lemongrass tea, which is easily on par with any herbal tea you can name!

Lemongrass is actually edible but the stalk is tough to chew. You can, however, grind it into a paste to add to a curry or spicy sauce.

What’s best about lemongrass is that unlike actual lemon, it doesn’t lose that citrusy freshness even after cooking at high heat. If you want a longer-lasting alternative to lemon zest, this is it.

These feathery Japanese fish flakes are the perfect seasoning for soup-based dishes.

Called Katsuobushi in Japan, these flakes are made from skipjack tuna that’s smoked, fermented, and simmered. They’re the prime ingredient in seafood dashi, and can be used in a variety of broths to impart an amazing fish flavor without much of the fishy smell.

There is some regional variation in bonito flakes, especially in terms of what they’re mixed with. There’s a version of these that’s used with soy and sesame for a richer flavor. There’s another that has very fine and tiny flakes that disintegrate on touch.

Regardless, they’re all delicious! They’re also a great food hack for when you want to add a fish flavor to a dish without actual fish chunks.

Fun fact: Because these flakes are shaved so thinly, they’ll often “flutter” and move around even with the slightest air movement. When KLee was a child, he saw a tofu dish at a Chinese restaurant topped with bonito flakes. Whenever servers walked by and a small gust of wind caused the bonito flakes to flutter around on the dish, his parents would tell him that the bonito flakes were “alive” and KLee would refuse to eat the tofu dish.

Ok, hear us out on this one! We don’t mean those overly processed noodles you find at the supermarket, but the healthy, filling kind of noodles that are typical of traditional Asian restaurants.

Most ramen recipes use Chinese wheat noodles, while some use thin rice noodles. The former are by far the most common.

There are literally hundreds of versions of this fantastic comfort food. However, all of them use one of the four primary soup bases, namely Shoyu, Shio, Miso, and Tonkotsu.

The difference is in the flavor base, with Shio using salt to flavor the broth, Shoyu using a special soy sauce, Miso using Miso paste, and Tonkotsu using a broth made from boiling pork bones.

What we have here in the West qualifies as Shio ramen. However, with more Asian dishes being adopted by home cooks and culinary experts around the US, we’re now seeing an influx of traditional ramen noodles here.

What’s great about ramen is that, though it’s good to stick to the traditional recipe, you can modify it to your heart’s content. In fact, our immi ramen is based on this very philosophy of making food your own, and having (delicious) fun with it!

You can even make your standard ramen noodles healthier, or diet-specific. Grab some of our immi ramen as a low-carb alternative if you’re about that lifestyle!

Now that you have some Asian goodness in your pantry, it’s time to try making something with these ingredients.

Here are some ideas of dishes you can make using the aforementioned ingredients.

This extremely hearty beef recipe uses Sichuan peppercorns as a flavoring and Shaoxing wine to combine all the flavors together before the liquid evaporates. Have the beef as is or alongside jasmine rice.

This Malaysian dish is filling and ideal as a dinner main during a rainy evening. It uses shallots and lemongrass stalks as ingredients and, in our opinion, is the perfect intermediate-level dish to cook at home.

Easily one of our favorites, stir-fried spicy Mi Goreng is a noodle dish that we highly recommend for your next home-cooked meal. Substitute the regular noodles for low-carb immi ramen and you’ve got a dish that’s super-healthy on top of being delicious.